Adam and I were married in Hutchinson, MN on December 15th 2012. It was cold and half of our guests left after the ceremony since a blizzard was honing in on Hutch. It was a beautiful night with plenty of food and friends. I was still in college at the time and had one semester left. We had a short honeymoon to Duluth before diving back into the real world. Adam worked in I.T at Jostens and I focused on working as a part time campus security dispatch officer and my post-internship courses in preparation for the real world.

We lived on the garden level of a historic apartment on Grand Avenue.  The summer was so hot we slept on the floor as it was the only source of relief we found. Conversely when winter came we were continually cold. The forty year old radiation heat couldn’t keep up with the leaky windows and drafty doors. We covered our windows with towels and plastic but that didn’t stop the cold from coming.  We reported the issue to our landlord who assured us it was “working fine”. Eventually  we bought an electric blanket. 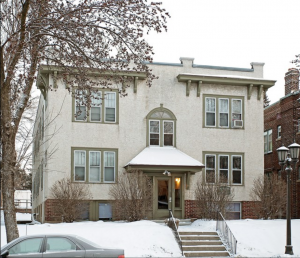 The electric blanket was a source of warmth and comfort that was welcoming each evening. From the moment we both got home we’d jump under the blanket including the cat and use a yard stick to make a “tent” of sorts.  With the electric blanket radiating warmth around us we didn’t have to shiver. Those were the early years. The good ole’ days that I reminisce about. It was before we knew of our infertility struggles, before we had real responsibility, and before I became a tainted broken vessel.

Those evenings under the electric blanket we would talk sometimes into the wee morning hours. We’d dream of our future, having a big house and yard with four kids tearing around the swing set as Adam grilled. We would wonder where we’d be in five or ten years and how it would be different yet very much the same.

We decided at that time that we weren’t finically prepared to have children just yet so we intentionally prevented that from happening as much as possible. After about a year of marriage, it was in May of 2013 we decided that we were ready to move as I had secured a new part time job as Director of Children Youth and Family Ministry at a congregation in Bloomington and would continue nannying to fill the other part time. We moved into a more spacious, less run down apartment and it was then we decided we could start “trying”.

At first it was no big deal. When it didn’t happen after three months we changed methods. Basal Body Temping, OPK’s, counting days and still nothing. My OB/GYN told me he wouldn’t investigate until at least one year of activity trying hadn’t resulted in pregnancy he was bold to say “after all you are pretty young”. I was mad. Mad that my OB/GYN wasted my time and mad that he wouldn’t help. Mad that he got to play God and decide when he could or could not help. That he can judge to say that we are “young” and not to worry.

So we tried and tried and tried some more and months passed. Adam and I decided to focus on a new adventure and opened his own Computer Repair Business . This would keep us busy and happy,  and tried to convince ourselves that the business was our “baby”… 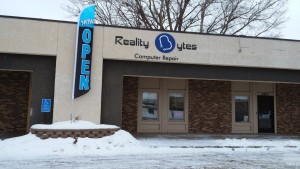