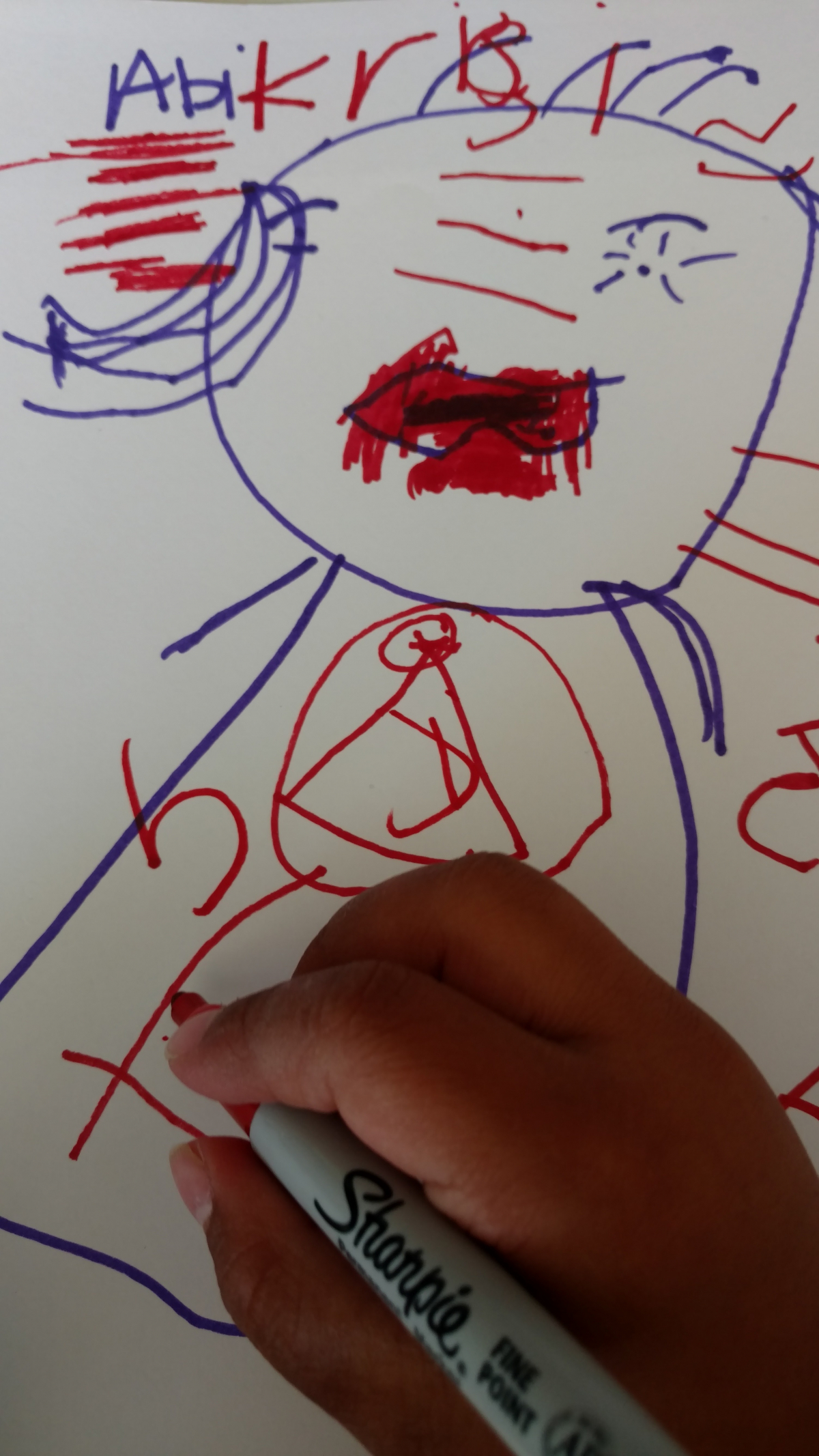 This past week I was on a mission trip with my youth in Chicago.  We had the wonderful opportunity to serve the needs of a summer day program called YIPEE (Youth Innovative Program: Environmental Education)  for children in northwest Chicago.  Yippee is a summer program for inner city kids ages 7-13. Their parents are very low income and cannot afford childcare, this program takes in 40 kids who would otherwise be on the streets (even though they are only funded for 20 kids). It was started as a way to have a free place for students to go in order to prevent them from joining gangs or getting caught up in harmful and dangerous situation as the crime rate in the Humbolt park area is vast. It takes place in a dance studio as the studio is only used for dancing at night so during the day folding tables and chairs are set up into a classroom for the 40 students that attended. 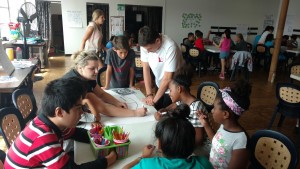 During the week we assisted with gang violence education. While it was great to help out it was also sad that such education was needed for children so young. Gangs are very real and impacts even the youngest of children in the program sometimes without them knowing (ie: Take this backpack to a friend with drugs hidden inside). Children are quickly scooped up into gangs looking for a “family” and place to belong and once it happens it is very difficult to get out. 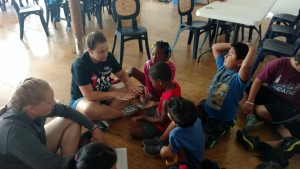 Despite the melancholy situation the kids of YIPEE are simply AMAZING. It is summed up best in the words of one of my youth group kids

“The love and family aspect of this place is incredible. From the moment we walked in, we knew the kids appreciated us and each other. There was one child in particular who absolutely melted my heart. His name was Ryan. Ryan and his brother were both in the program. Ryan had that smile that I couldn’t say no to. He would look at me with those crazy intense eyes, and get just about anything. On the third day of giving him most of my lunch, I realized he wasn’t the only one eating it. He and his brother would share the food that they received with each other, and the other kids around the table. They were a family, all of them. They knew that if they were at home, they wouldn’t be getting anything to eat. So the food that the center gives them, and the extras that all of us did were incredibly precious. They were not jealous of one another, they were generous. They have so much love in their heart’s, even though a lot of them don’t get that love in return at home.”

Abi is an eight year old in the program who has downs syndrome.  She is the most caring eight year old that I have ever met.  She was always giving hugs to everyone, wanted to constantly sit on my lap, and taught me a new way to dance to Frozen’s “Let it Go”.  One day during the week, the kids were asked to draw self portraits.  I was helping the 6 students at my table and of course Abi was right there next to me.  Abi was frustrated and  didn’t want to participate. I tried to get her interested and asked if she would draw me and then I would draw her. She perked up and got to work.

She looked with intense concentration trying to make the drawing of me look life like and did her very best work. I too drew taking time and care to get all the details. When we were finished I looked at her picture of me and started to ask questions. 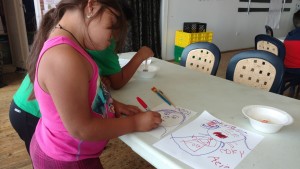 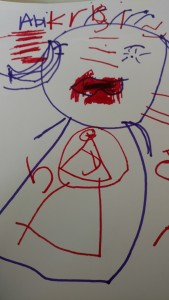 Abi’s drawing of me “Krisi”

This is the first time that I have seen me from the perspective of a child with downs syndrome.  I loved it even with the excessive wrinkles and lines on my forehead 🙂

I immediately saw what I thought was a necklace and said, “That is such a pretty necklace!”

Abi frowns and waves her hand, “That’s not a necklace.  That’s your baby!”

Abi turns to me and says, “I know!” in her very matter of fact voice she continued, “but you soon get a special baby”

I was floored.  This is the first time I’ve seen Abi and I hadn’t told her or ANYONE else on staff or the students at YIPEE about our adoption.

I look back on that moment and think, was Abi blessed by God with prophetic abilities?  Is this what happens when we rid ourselves of any complications in life, give all of our intellect and rationalization over to God and just have faith like a child?  While it could be nothing but a comment from her imagination in that moment I started to tear up.

Her words brought me so much joy. As she looked up at me and saw my eyes becoming misty she said

“Because you are such a good drawer” I replied

“No, I can’t draw…but I a good dancer” she said

Abi then took my hand and started singing Let it go from Disney’s Frozen and she said to me “You dance.” leaving no room for me to rebuttal with her again matter of fact command.

We danced in circles as I tried to keep up. Pure joy filled my heart as this little girl had given me so much more than a picture and a dance.